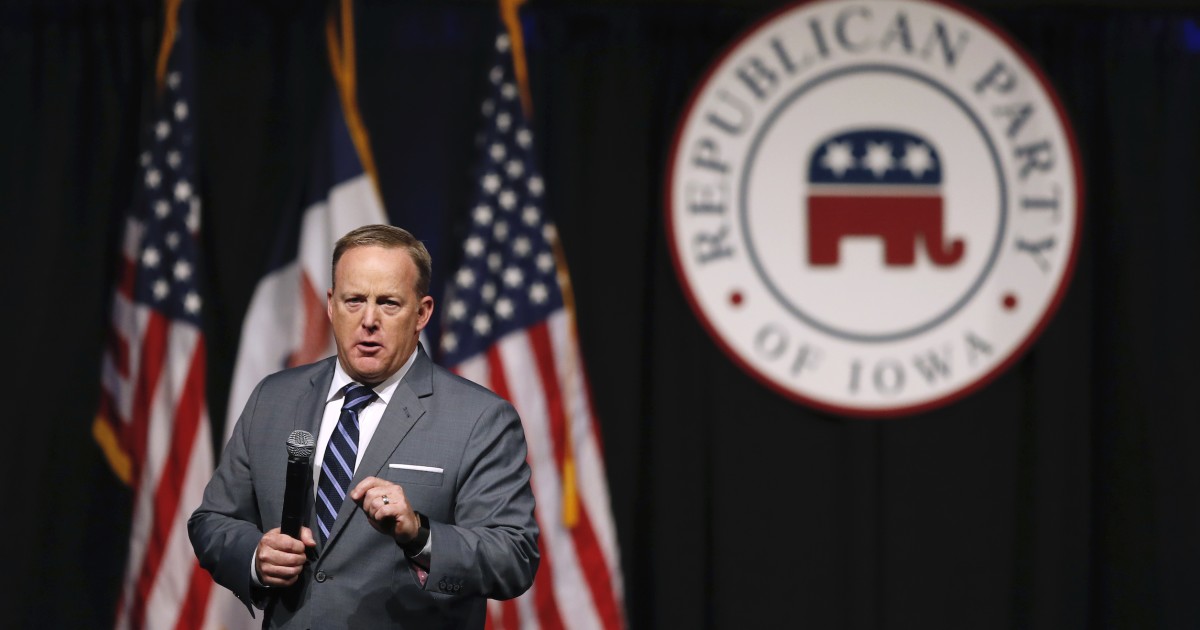 Sean Spicer, the former White House spokesman who has remained an active surrogate for President Trump, has broadened his role in the Republican Party by taking a lead in 2020 fundraising efforts and helping House Republicans edge back into the majority.

Already a regular on the speech circuit, Spicer said today that he has helped establish a boutique GOP political consultancy that has already lined up over 20 candidates across the country.

Unique to the outfit, Spicer not only helps draw up strategies but uses his name recognition to also help candidates, even clients, raise money for the services Point 1 offers.

“Beyond effective and persuasive voter mail and digital strategies, a bonus of working with us is that we headline events and sign fundraising pieces to help our clients raise money,” Spicer told Secrets.

In one example, he is the featured speaker at a Sept. 9 fundraiser for New York Assemblywoman Nicole Malliotakis who is running for the House seat in New York City held by Democratic Rep. Max Rose. The GOP considers that a top target, as they do the Virginia’s Seventh District, held by first term Democrat Rep. Abigail Spanberger. Point 1 is helping one of Spanberger’s GOP opponents, Tina Ramirez.

Unlike most former White House aides, no matter which administration, Spicer has kept a high profile, authoring a book about Trump and appearing often on cable news outlets. He has also joined Trump 2020 reelection efforts, keynoted several state GOP conventions and recently completed a 5-stop tour for the Ohio Republican Party.

View the article as it originally appeared here.

Let's discuss how we can be the winning difference in your campaign.